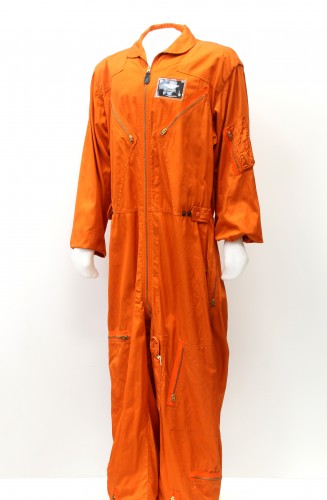 This set of K-2B flying coveralls is made of light-weight, international orange cotton. It has zippered pockets on the front, zippered pencil pocket on the left arm, and a survival knife pocket on the left leg. The black and silver nametag reads “R. Burleson” and has a command pilot aviation badge.