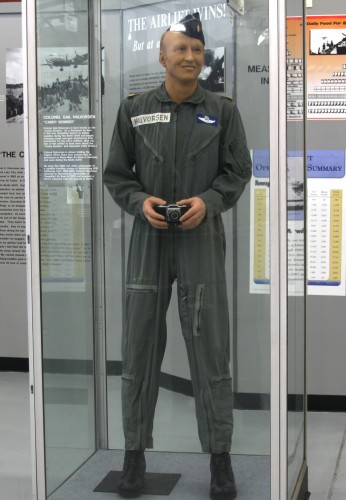 Colonel Gail S. Halvorsen was a C-47 and C-54 pilot during the Berlin Airlift (1948-1949) who is best known for dropping candy from his airplane for German children.

He wore these K-2B flying coveralls while commander of the Satellite Tracking Station at Vandenberg AFB, California, from 1969 to 1970 and while commander at Tempelhof AB, Germany. The coveralls have a hand-lettered white and black fabric nametape and an embroidered command pilot aviation badge.