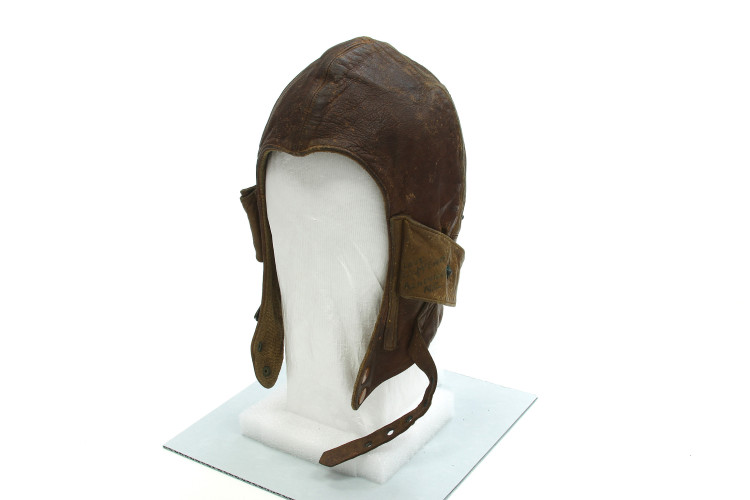 John Karch’s leather flying helmet made by Mandleberg is autographed with the names of his classmates at Rich Field.