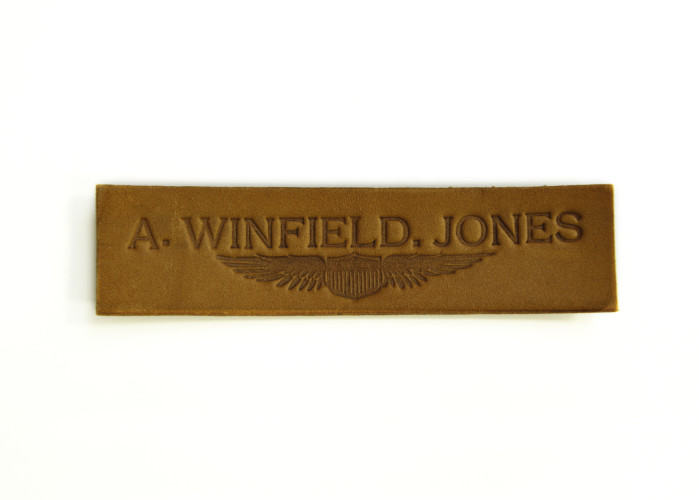 This leather name tag is stamped with “A. Winfield Jones” and a pilot’s aviation badge.