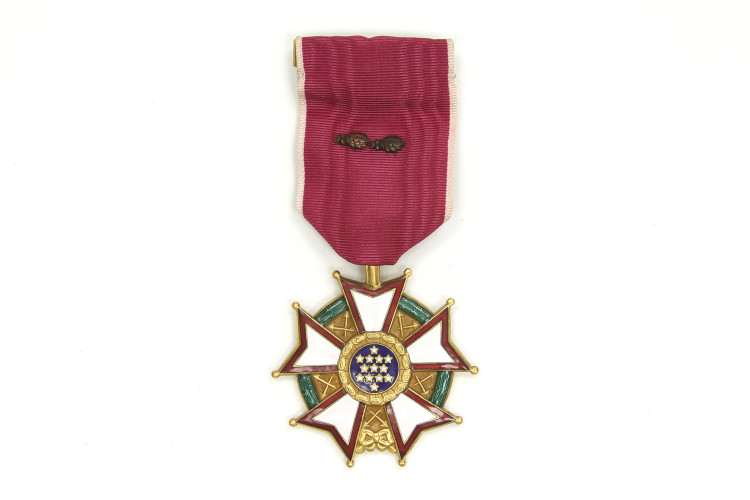 General Howell M. Estes, Jr., was a command pilot and first commander of the Military Airlift Command (MAC). His Legion of Merit decoration has two oak leaf clusters. The decoration is conferred on officers and enlisted men of the armed forces of the United States and on nationals of other countries “who shall have distinguished themselves by exceptionally meritorious conduct in the performance of outstanding services.”