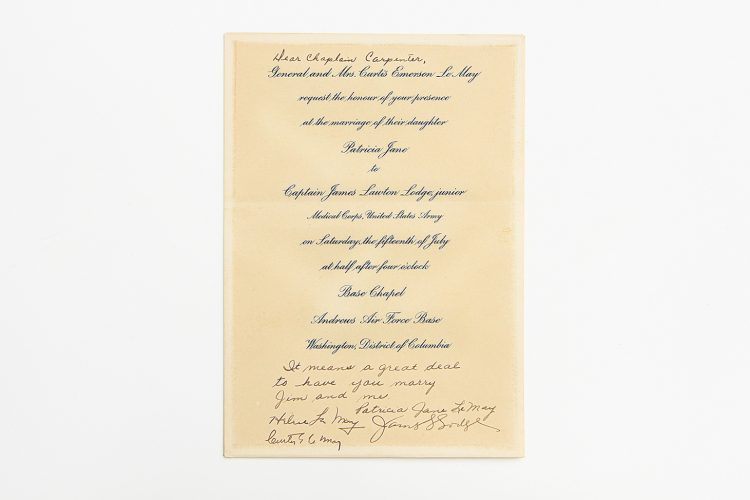 This wedding invitation was sent to Major General Charles I. Carpenter by General Curtis Le May and his wife, Helen, when their daughter, Patricia Jane, was to marry Captain James Lodge of the U.S. Army.

Chaplain Carpenter performed the wedding ceremony at the base chapel at Andrews AFB, Maryland.

The invitation contains a personal note from Patricia Jane and is signed by her, Captain Lodge, General Le May, and Helen Le May.

Chaplain Carpenter was the first U.S. Air Force Chief of Chaplains. He was born in Wilmington, Delaware in 1906. He died in 1994.