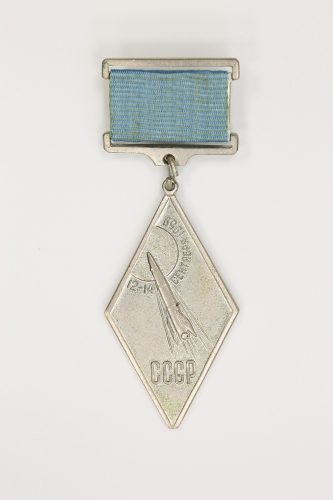 Pin belonged to navigator, Christian A. Tack. It commemorates the Soviet Union’s 13 September 1959 Luna 2 mission which successfully landed a spacecraft on the surface of the moon for the first time.

Christian A. Tack was a WWII navigator who flew 26 missions as a B-17 navigator stationed at Deopham Green, England.

Later in his USAF career, he was assigned to the 89th Airlift Wing at Andrews AFB, Maryland. He also flew on one or more missions to the Soviet Union.