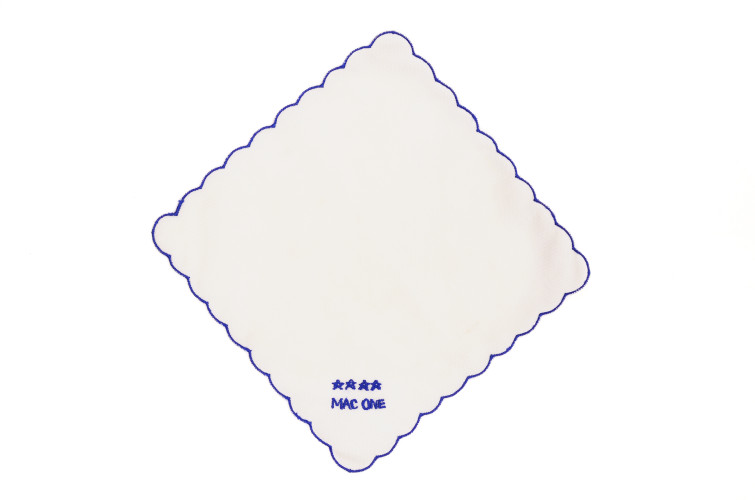 From 1985 to 1989, General Duane H. Cassidy was Commander in Chief of the Military Airlift Command, today known as the Air Mobility Command. General Cassidy’s aircraft, called MAC One, was a twin-engine C-21 aircraft by Learjet. This doily embroidered with four stars and MAC ONE was used on his aircraft.