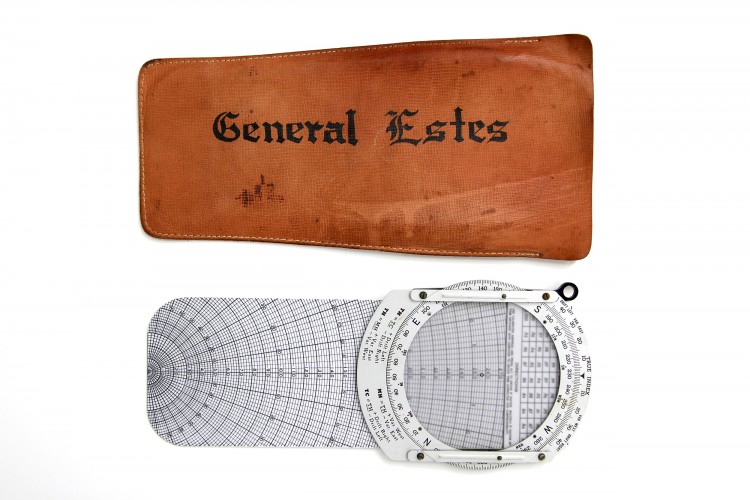 An MB-4 dead reckoning computer is a type of slide rule used by aviators. Manufactured by G. Felsenthal & Sons, the MB-4 was carried in a leather case printed with General Estes in black ink.

You may be interested in...
Comments
Subscribe
2 Comments
Newest
Oldest Most Voted
Inline Feedbacks
View all comments
Timothy Nunes

Was woundering if any places would have any interest or need for the mb4 air navigation computer looking to maybe donate the one I have. Don’t have case.

You could start with your local museums, VFWs, American Legions, or historical societies to see if there is any need.