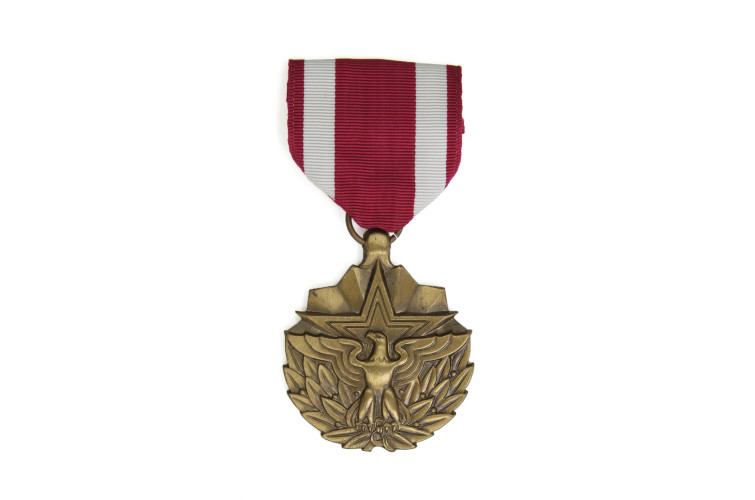 The Meritorious Service Medal was established on Jan. 16, 1969 and is awarded to members of the Armed Forces of the United States who distinguished themselves by outstanding non-combat meritorious achievement or service to the United States.

I rescued my door gunner Harold Devos who lives in Rock Rapids, Iowa, after we were shot down on 3/5/68. He fell out with a bullet wound in the head before we hard landed in a rice paddy in south Vietnam in our UH1D (Huey) helicopter. My pilot yelled to me to “Sanford, get Devos!!!” I jumped from the helicopter, and under enemy fire made my way through the rice paddy to pull him from the mud. I never received any award for this act and believe it falls into the category of a DFC or a Metorious service medal.