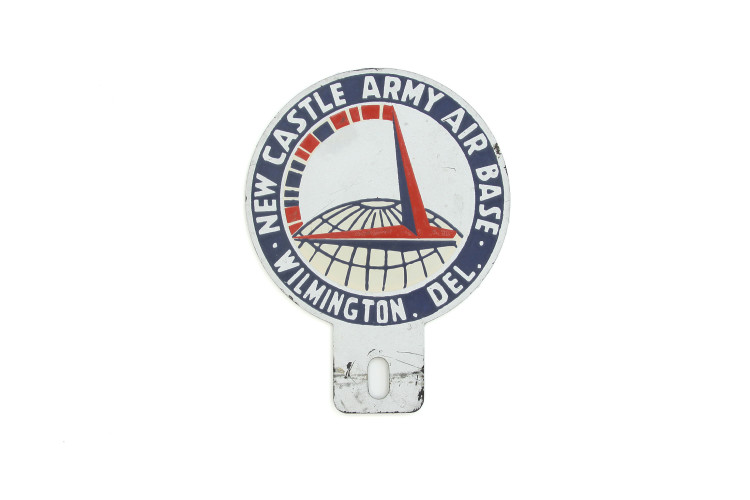 In May 1943, the U.S. Army Air Force took control of the local Wilmington, Delaware, airport and renamed it New Castle Army Air Base. The base was assigned to the Ferrying Division of the Air Transport Command. The 2nd Ferrying Group’s mission was to move aircraft overseas to British and other Allies. The plastic vehicle tag painted with ATC’s emblem was used to identify cars allowed entrance to the base.