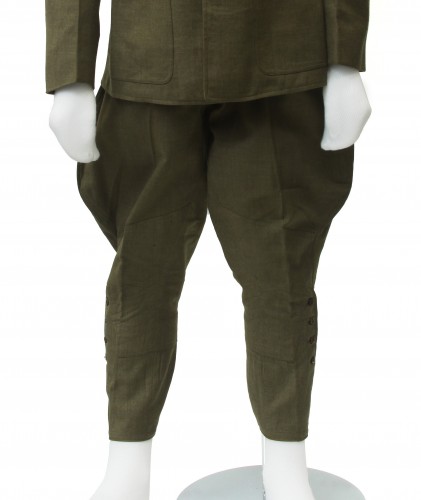 These wool breeches tapered from knee to ankle and were wrapped with bandage-like puttees below the knee.