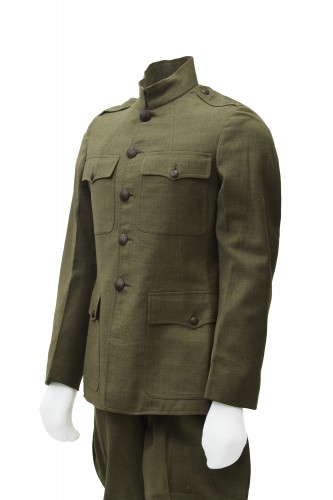 His olive drab wool tunic-style coat is similar to the British uniform of the same period. It has a stand-up collar and plastic buttons.