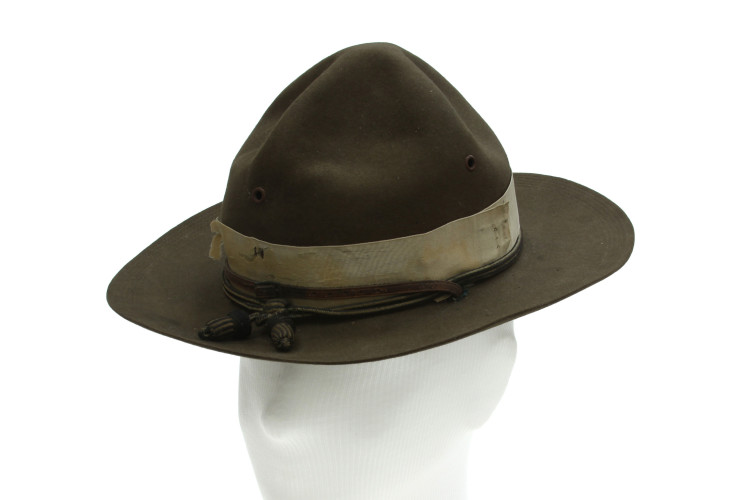 This U.S. Army M1911 campaign hat is made of dark olive drab felt with five rows of stitching on the brim. It has the “Montana peak” of four indentations in the  crown. There are several grommet holes for ventilation, a silk band, and braided cord with tassels.