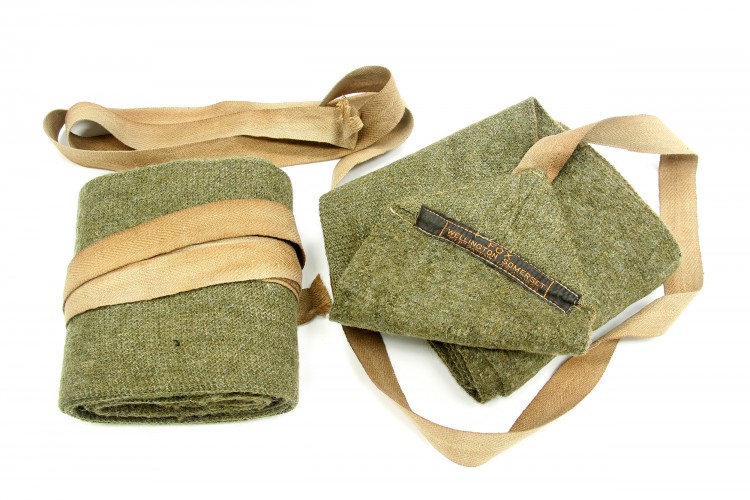 Puttees that wrapped around the leg replaced canvas leggings during WWI. They were made of wool strips about eight feet long and several inches wide.