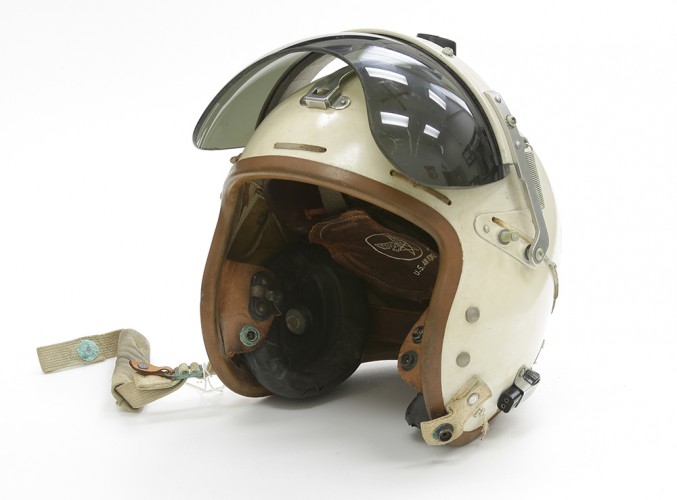 The P-4B flying helmet has a center-track visor and a communications hook up to the aircraft via the oxygen mask.

It was issued to Major Jon A. Reynolds when he entered the T-38 aircraft retraining program shortly after returning home in February 1973.