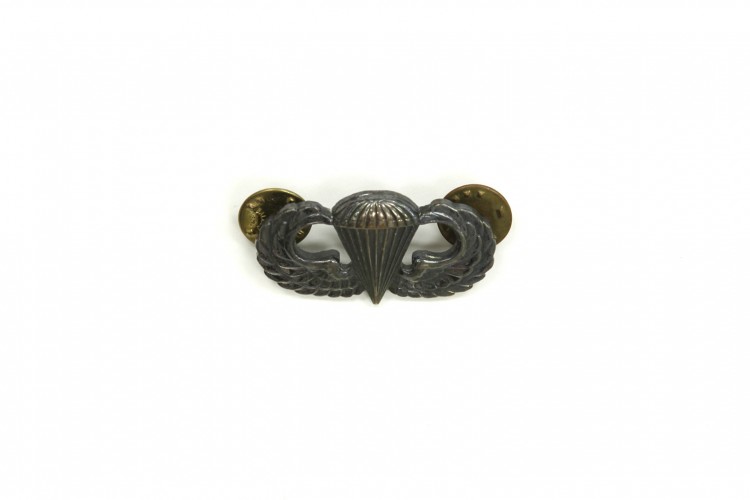 The parachutist ID badge is awarded by all four branches of the military–Air Force, Army, Navy, and Marines. The U.S. Coast Guard does not issue its own parachutist badge but members may receive the badge if qualified from another service.

The basic badge shown here is usually earned by attending the U.S.Army Airborne School and completing the basic airborne course.

This parachutist badge (or jump wings) made by N.S. Meyer belonged to Brigadier General S. Taco Gilbert III. General Gilbert was commander of the 436th Airlift Wing at Dover AFB, Delaware, from 1999 to 2001.