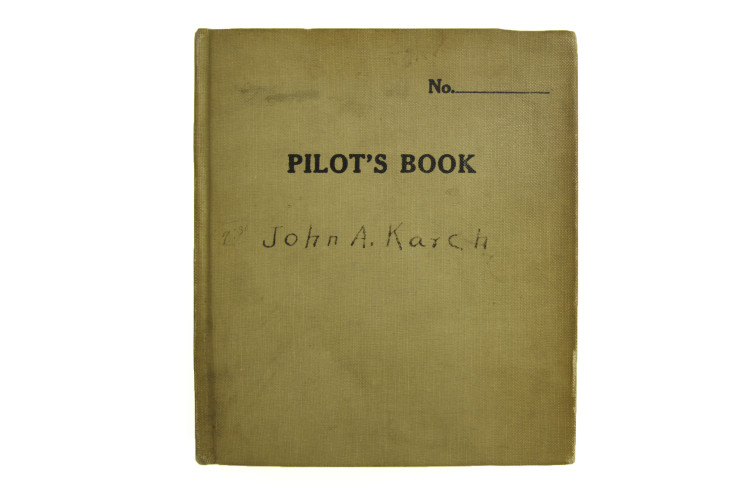 This is the logbook used by John Karch while an aviation cadet during WWI.