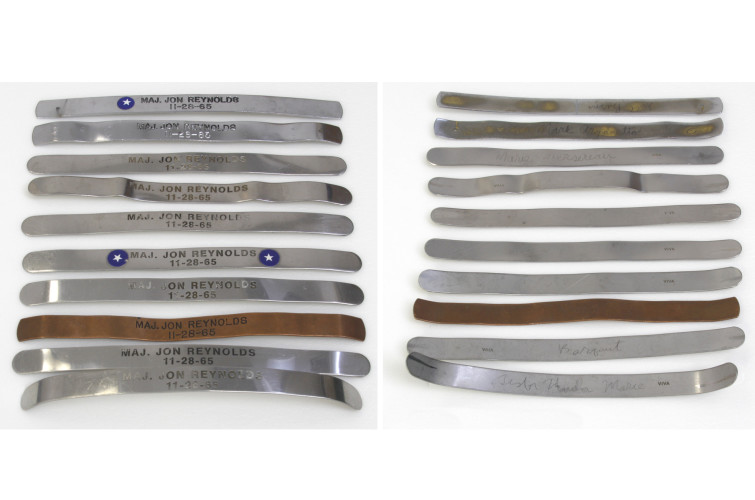 POW/MIA bracelets were worn as a reminder of the men who were prisoners or missing in action. Made of nickel or copper, they were engraved with the name, rank, and loss date of every American serviceman captured or missing during the Vietnam War. Approximately 5,000,000 bracelets were produced. The bracelets here were sent to Major Reynolds by the people who wore them after his return home. Some have been engraved or signed by the wearer.