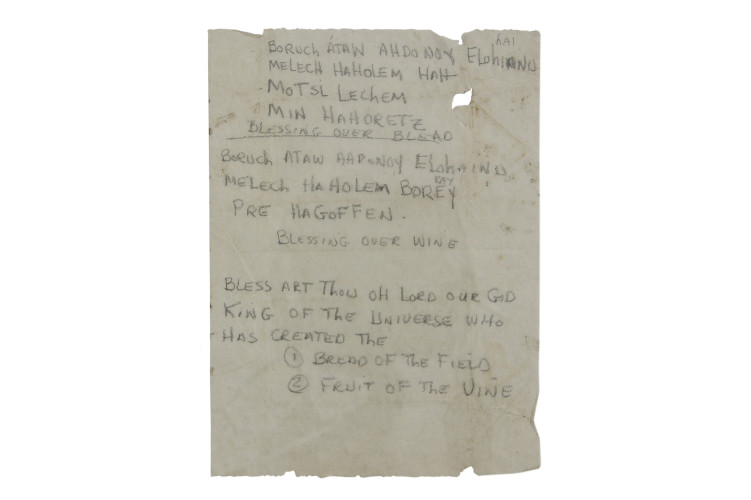 Printed in pencil on lightweight paper, this Jewish prayer is written in Hebrew and English. Captain Reynolds requested that a Jewish prisoner of war write the prayer out for him because it was one of his favorites.