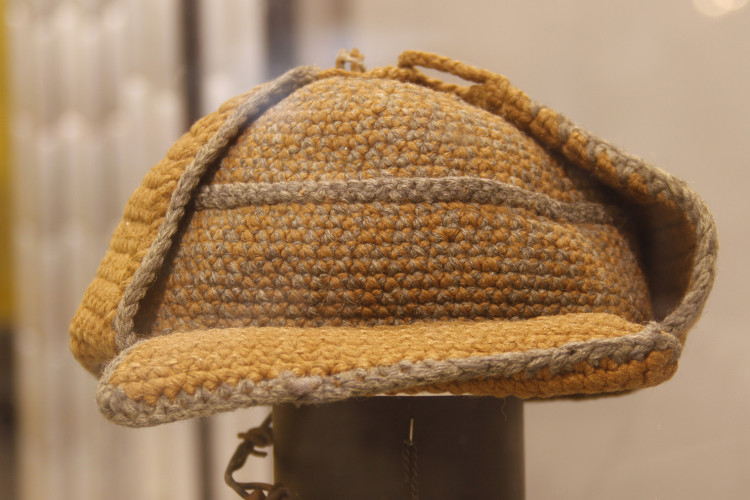 Thomas C. Farrow was a B-17 crew member assigned to the 384th Bombardment Squadron in England during WWII. On 20 July 1944, his aircraft was shot down and he bailed out. He was sent to prisoner of war camp, Stalag Luft IV. The camp was evacuated 5 February 1945, and the prisoners were forced to march for 86 days covering 600 miles. Tom Farrow survived this brutal, forced march and eventually returned home to Delaware. His crocheted cap of wool yarn that he wore while a prisoner has ear flaps and a bill.