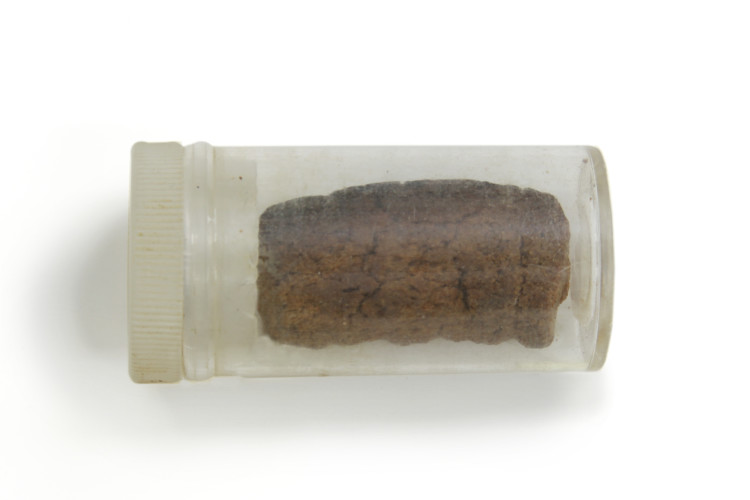 This small piece of German Army bread was given to Thomas C. Farrow shortly after he was captured when his B-17 was shot down 20 July 1944. He relates that he couldn’t eat it, so he kept this small piece and threw the rest away. He was sent to prisoner of war camp, Stalag Luft IV. The camp was evacuated 5 February 1945, and the prisoners were forced to march for 86 days covering 600 miles. Tom Farrow survived this brutal, forced march and eventually returned home to Delaware.