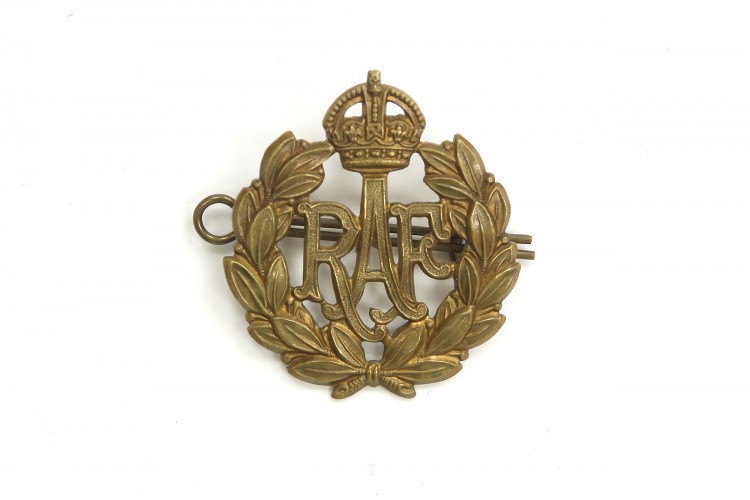 Captain Mike received this Royal Air Force cap badge when he attended the No. 1 British Flying Training School for British and American pilots in 1943.