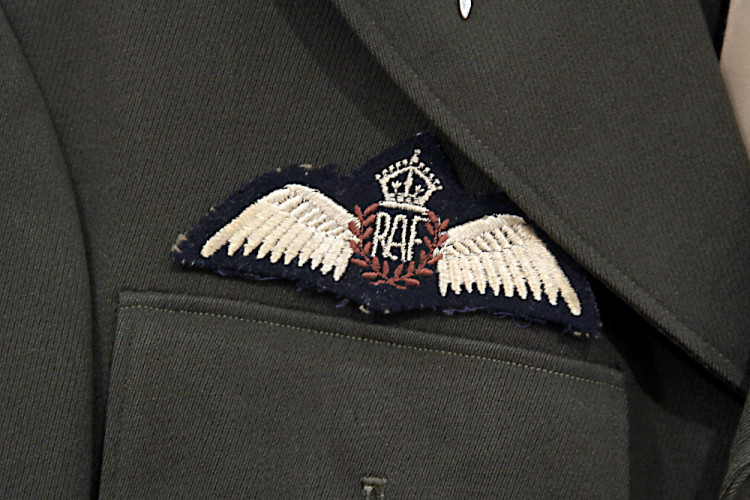 Captain Mike was authorized to wear this British aviation badge because of his graduation from the No. 1 British Flying Training School at Terrell, Texas, in 1943. Foreign aviation badges were worn on the right side of the service coat.