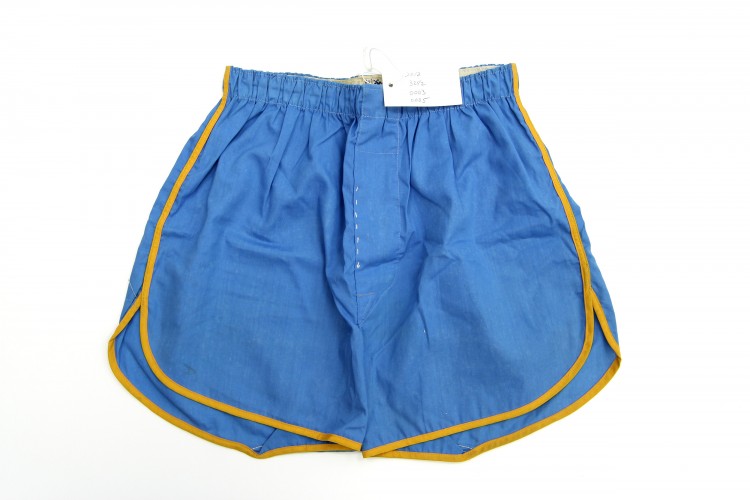 Captain Reynolds received this pair of blue and yellow running shorts in a care package from his family while a prisoner of war. During the last years of the war, some prisoners received mail from home.