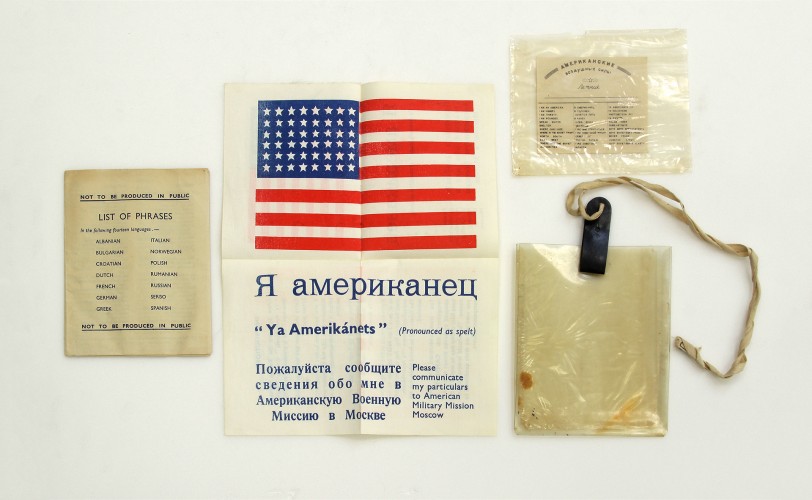 Technical Sergeant William J. Brady was a B-17 radio operator and tail gunner assigned to the 493rd Bomb Group, 860th Bomb Squadron at Debach, England. He flew 25 B-17 missions.

Russian blood chits were issued to air crews when their aircraft flew over Soviet-controlled airspace. The rayon blood chit has the American flag printed on both sides with a request in Russian to communicate with the American Military Mission in Moscow. Also carried in the plastic envelope with twill cord is a small Russian phrase card, a pointee-talkee booklet with 14 languages, and instructions for use.

This blood chit was used during Operation Frantic and other missions.