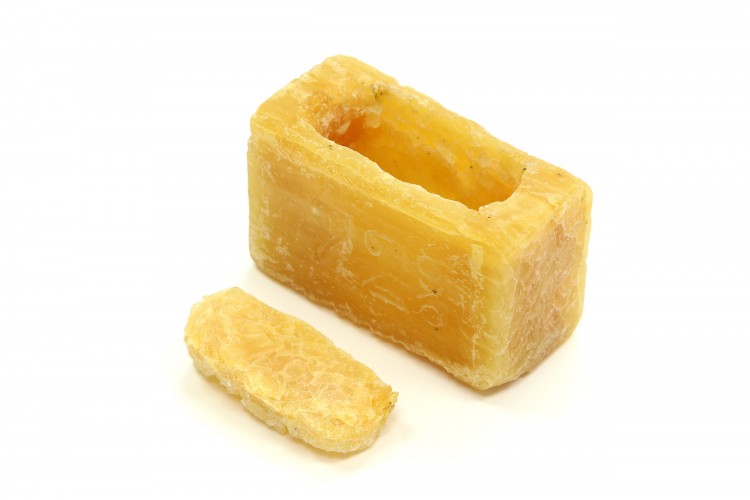 This bar of soap has a section carved out of the center. In this cavity was concealed a small bundle wrapped in plastic and tied with string. The bundle was a Russian-English dictionary made from 15 cigarette pack papers and two candy papers. The hand-printed dictionary pages list nouns, adverbs, adjectives, and other parts of speech in Russian and English. The soap and dictionary were given to Major Reynolds by a fellow prisoner.