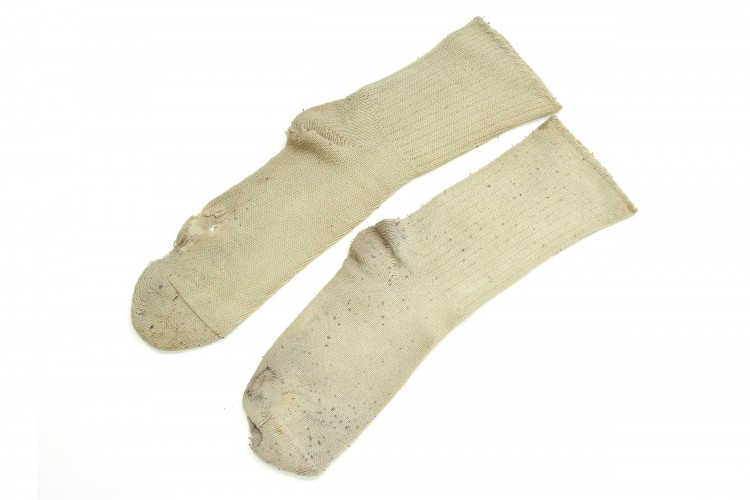 Captain Reynolds was wearing these wool socks when he was shot down near Yen Bai, 28 November 1965. He wore the socks as shoes because his captors took his boots.