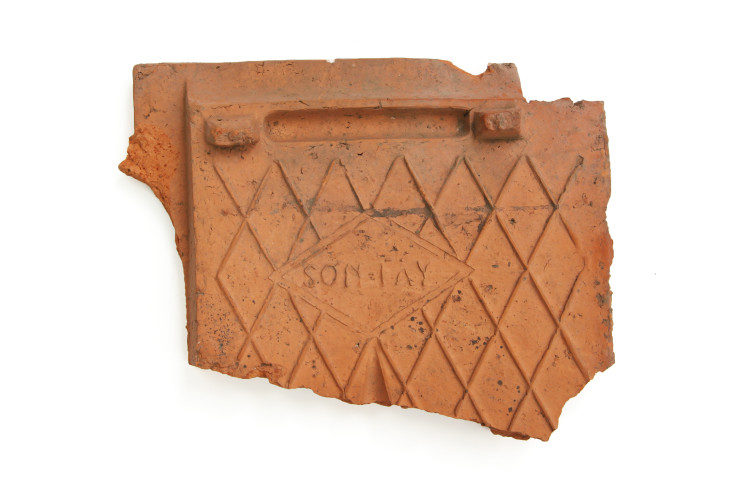 This terracotta roof tile is from Son Tay prison camp. It was retrieved by General Reynolds on a visit to the camp in January 1996. He was imprisoned there from 1968-1970. The camp was closed 14 July 1970.