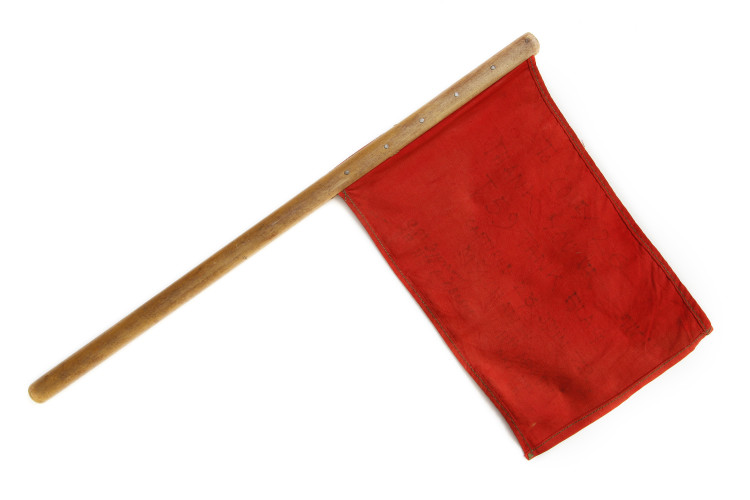 In 1972 during the Vietnam War, Bill Begert flew close air support as an O-2A Forward Air Controller while stationed at Da Nang AB, South Vietnam. He received the small red flag as a souvenir when, during one of his missions, a North Vietnamese Army, Russian-made T-54 tank was captured. It was made from a piece of the captured tank’s battle flag. Printed on the flag are the words, “To Covy 26-Thank you very much-T-59 tank flag-captured 23 Juin 72.” The T-59 tank was the Chinese copy of the Russian T-54 tank. In 1990, General William J. Begert donated the flag to the Air Mobility Command Museum.