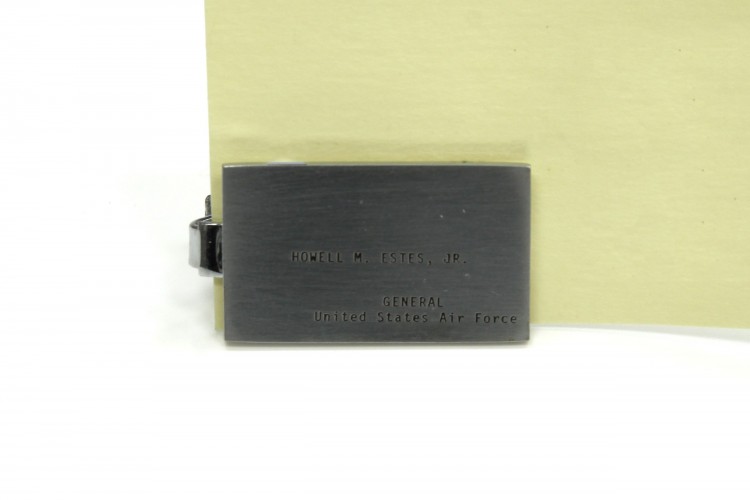 This silver tie tack was worn by General Estes. It resembles a business card and is engraved with his name and rank.