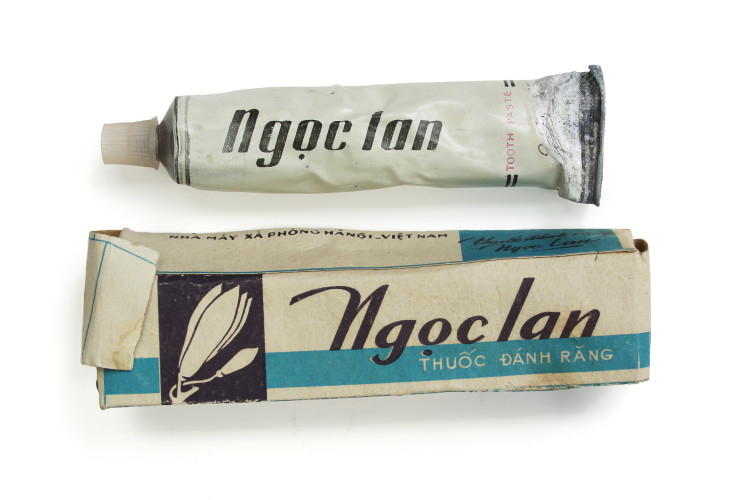 Upon repatriation in February 1973, POWs received a kit bag with a wallet, toothpaste, cigarettes, and matches. They were called “gifts from the heroic people of Vietnam.” Major Reynolds received this tube of toothpaste the night before he left Hanoi to fly home on 12 February 1973.