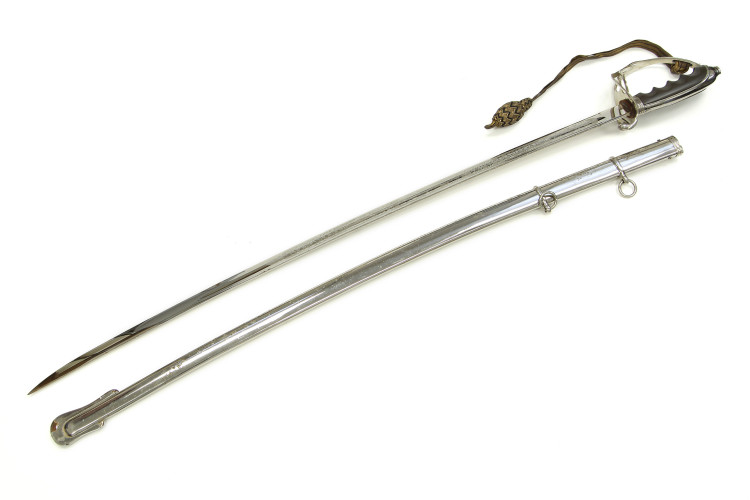 General Howell M. Estes, Jr., was a command pilot and first commander of the Military Airlift Command (MAC). Upon graduation from the U.S. Military Academy in 1936, General Estes was presented with this sword by his father, General Howell M. Estes, Sr., who was himself a West Point graduate in 1911. The sword was made by Wm. H. Horstmann Co. and has an engraved blade and a black and gold woven braid and ball attached to the hilt. The blade is engraved, “Howell M. Estes Jr. 1936 son of USMA 1911.”