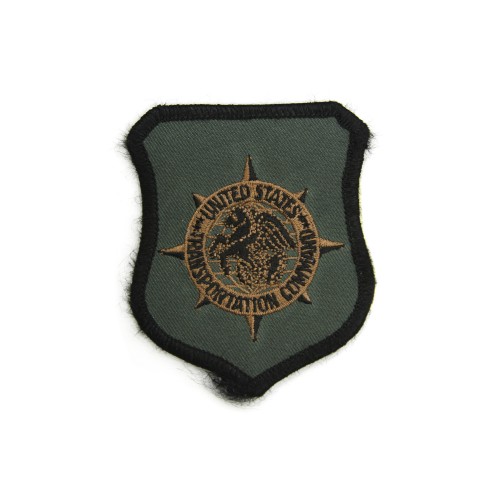 The U.S. Transportation Command (USTRANSCOM) is a unified command of the U.S. Department of Defense (DOD). Headquartered at Scott AFB, Illinois, the command provides air, land, and sea transportation for DOD during times of peace and war. Established in 1987, USTRANSCOM is the single manager of the U.S. global defense transportation system.

The subdued patch depicts a winged horse with a dragon-like tail surrounded by the words, “United States Transportation Command.”