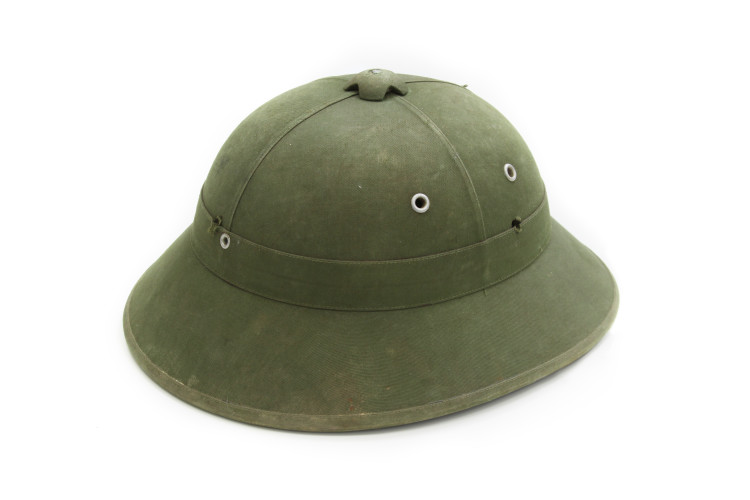 In 1972 during the Vietnam War, Bill Begert flew close air support as an O-2A Forward Air Controller while stationed at Da Nang AB, South Vietnam. He received the helmet as a souvenir when, during one of his missions, a North Vietnamese Army, Russian-made T-54 tank was captured. The helmet belonged to the tank driver and is decorated under the brim with pinprick art. The outside of the helmet is signed with a thank you message from the men who captured the tank. In 1990, General William J. Begert donated the helmet to the Air Mobility Command Museum.