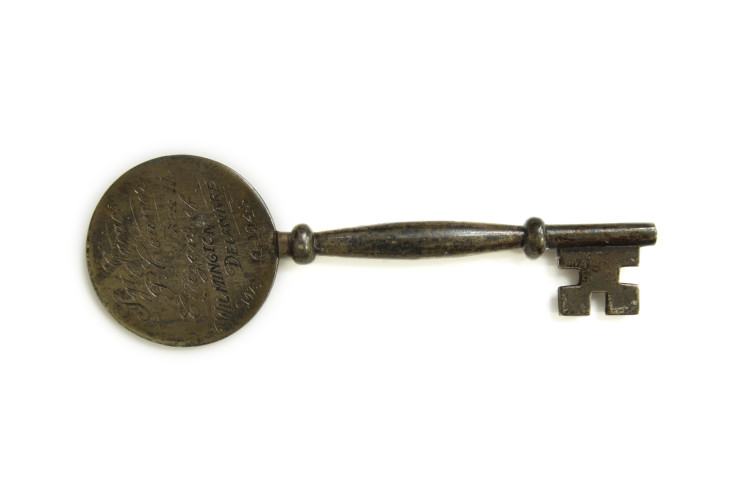 This ceremonial Key to the City of Wilmington was presented to Wilmington, Delaware, native James P. Connor upon returning home. The top of the key is engraved with “Sgt. James P. Connor from the Citizens of Wilmington Delaware May 4, 1945.” Sgt. Connor received the Medal of Honor after leading a platoon of 36 men attached to the 7th Infantry Regiment, 3rd Infantry Division against German positions, defended by snipers and machine gun nests, at Cape Cavalaire, France on 15 August 1944. Seriously wounded in the course of the assault, he continued to fight alongside his men until his injuries forced him to stand down (although he continued to direct the assault). Although losing one-third of his platoon, Sgt. Connor’s men were successfully able to outflank the enemy killing seven German soldiers and capturing 40 more as well as taking a considerable amount of supplies. Below is the text of his Medal of Honor citation describing his heroic actions: