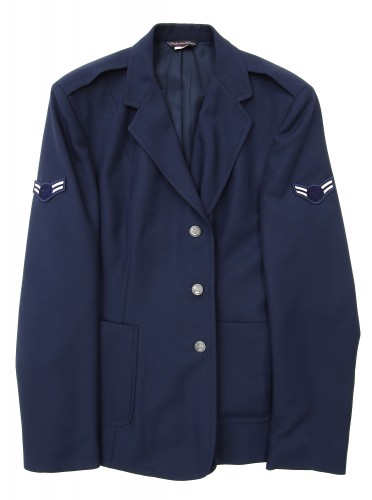 Donor Sherri R. Scott entered the U.S. Air Force in 1991. Her first duty assignment was at Pope AFB, North Carolina, as a plumber. From January to March 1994, she was on temporary duty assisting with clean-up efforts after Hurricane Andrew.

Her polyester, blazer-style service coat has three buttons and two open pockets. It replaced the previous semi-box style that was shorter and had two rows of buttons. the Airman First Class chevrons on the coat have a blue star instead of  silver and were the style used between 1975 and 1991.