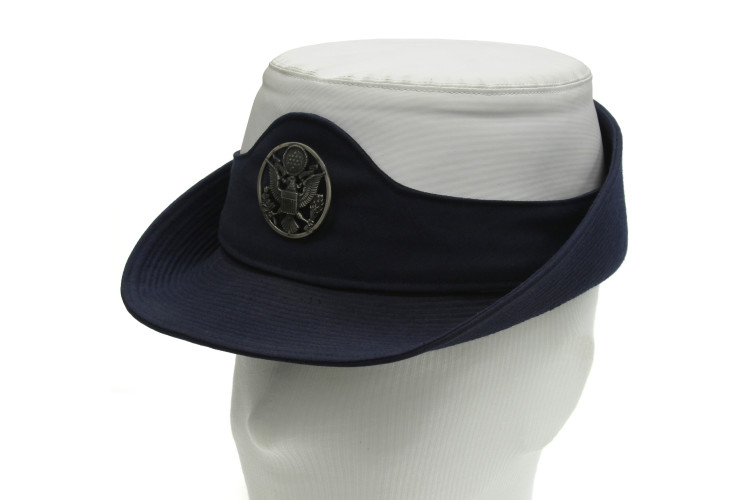 Donor Sherri R. Scott entered the U.S. Air Force in 1991. Her first duty assignment was at Pope AFB, North Carolina, as a plumber. From January to March 1994, she was on temporary duty assisting with clean-up efforts after Hurricane Andrew.

Known as the bucket hat, this style was originally based on the hat worn by women in the U.S. Navy. Beginning in 1949 the hat could be worn with one of several different covers depending on the uniform being worn. When the blue felt beret (in use since 1971) was phased out in 1994, the bucket hat returned but in a solid blue style. This hat is shown with the white vinyl cover.