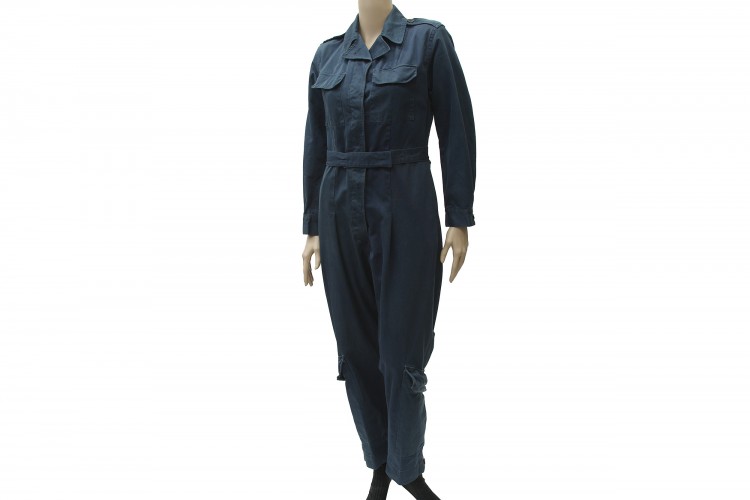 When the WASP first began flying, they often wore ill-fitting men’s uniforms. These coveralls, especially designed for them, were a much-appreciated improvement. Made in the WASP color, Santiago blue, these cotton coveralls feature a convenient drop seat. The coveralls were donated by WASP, Virginia “Scotty” Gough, Class 44-W-7.