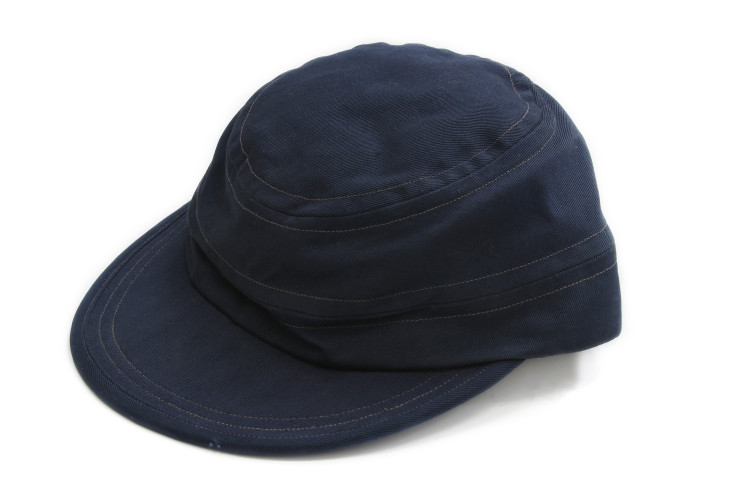 This blue cotton flying cap was worn with the blue coveralls, part of the uniforms specially designed for the WASP. It was donated by WASP, Virginia “Scotty” Gough, Class 44-W-7.