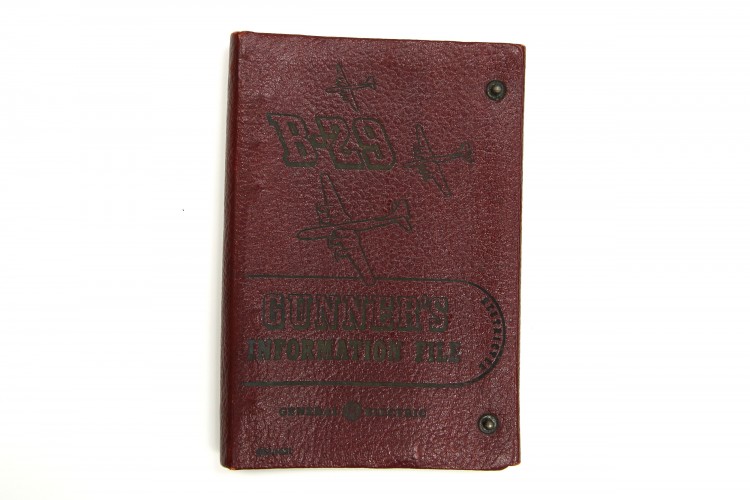 Captain Delker kept hand-written notes on the missions he flew into Japan from December 1944 to June 1945 in WWII. The pages are contained in a small red-leatherette, snap-closure notebook printed with B-29 Gunner’s Information File on the cover.

Captain Warren H. Delker was a B-29 aircraft commander assigned to the 497th Bomb Group in Saipan during WWII. He flew in the Tokyo fire raids of 9-13 March 1945. Later in the U.S. Air Force he flew missions during the Berlin Airlift.

You may be interested in...
Comments
Subscribe
2 Comments
Newest
Oldest Most Voted
Inline Feedbacks
View all comments
Emily

Hello! I am wondering if you could add pictures of the pages in this book to the website. I am interested in looking through this notebook for some firsthand information about WWII bombing missions for an Air Force writing contest. If this is not possible, am I able to schedule a time to come into the museum and search through some artifacts? Thank you so much for your help! – Emily

Please email the collections manager at deborah.sellars.ctr@us.af.mil for questions about the museum’s artifact collections.