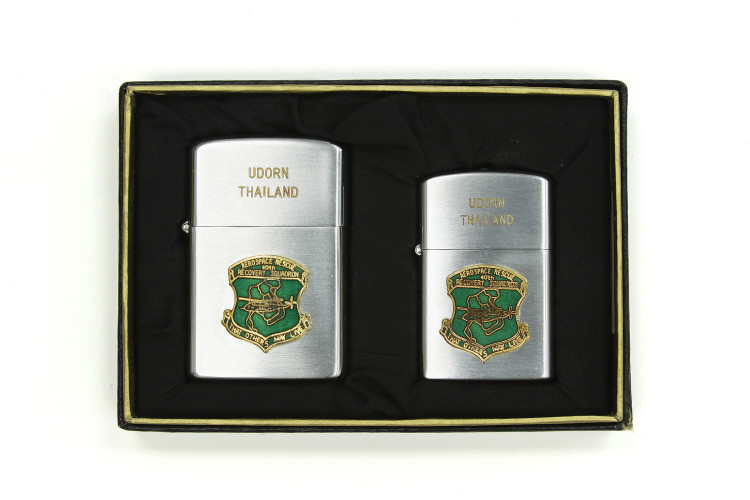 General Howell M. Estes, Jr., was a command pilot and first commander of the Military Airlift Command (MAC). Two Zippo lighters in a presentation box were presented to General Estes from members of the 40th Aerospace Rescue and Recovery Squadron, a helicopter rescue squadron during the Vietnam War. The back of the larger lighter is engraved, “To General Estes from MAC’s Finest, the Jolly Green Buffs.”