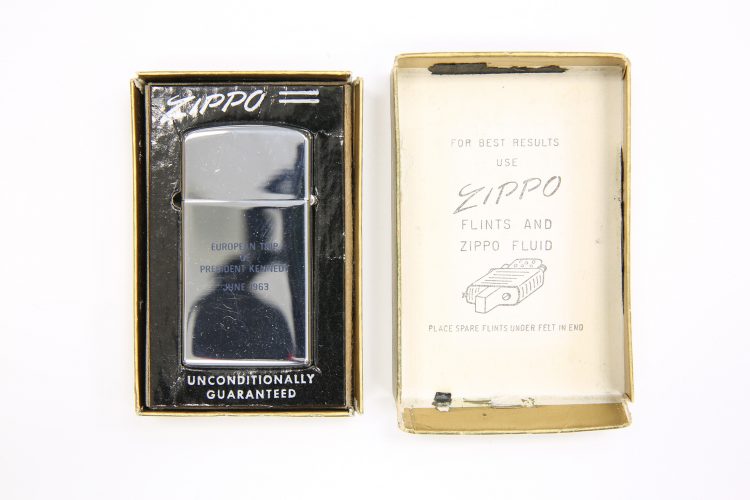 Zippo lighter in original box. One side of the lighter is inscribed with “European Trip of President Kennedy June 1963.” The other side is imprinted with the presidential seal. The lighter was given to navigator, Christian A. Tack, who flew on the mission that supported President Kennedy’s European trip from 23 June to 2 July 1963.

Christian A. Tack was a WWII navigator who flew 26 missions as a B-17 navigator stationed at Deopham Green, England.

Later in his USAF career, he was assigned to the 89th Airlift Wing at Andrews AFB, Maryland.