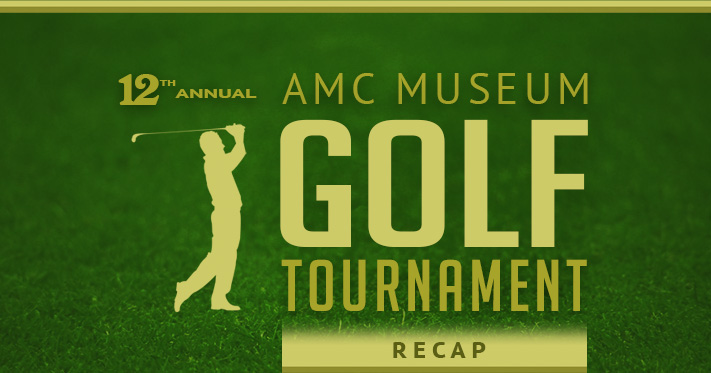 The AMC Museum Foundation 12th Annual Golf Tournament was held on Friday, June 3, 2016. It was a huge success as our golfers turned out for an afternoon of golf and fun.  As our foundation’s largest fund-raising event, all the proceeds go to help us fulfill the mission of the AMC Museum as an aviation and aerospace, education, scientific, cultural, historical, and inspirational facility for the general public and the U.S. Air Force community. Our sincere thanks to ALL those who supported the AMC Museum Foundation by either playing, being a Hole Sponsor, or donating door prizes and Silent Auction items. Planning is already underway for next year’s tournament.

A highlight of the day was on the 16th Hole where Col (Ret) George Chabbott again sponsored a $500 prize to the player getting their third shot, had to be made from OFF the green, closest to the par-5 hole. Oh, it was only for those players with a handicap of 15 or higher giving the “average” golfer a chance to win the big prize. Chuck Miller took home the prize as he nestled his 3rd shot up to 2’7” to edge out Joe Pinkerton who had hit his shot to 3’7”. The Putting Contest was very interesting as two players, Harry Van Sant and Paul Roth, “aced” the long, curling putt to be co-winners. Our sincere thanks to all the golfers who participated!

We’d like to give a special thanks to our corporate sponsors:

We would like to thank the following businesses, organizations, and individuals who sponsored holes:

Thanks to the following golf sponsors:

Thanks to our prize donors:

Our sincere thanks go out to all of the above for making our 12th Annual AMC Museum Foundation Golf Tournament a huge success! We also owe a huge THANKS to the Jonathan’s Landing Director of Golf, Craig Coffield, and his staff who were, once again, FANTASTIC in providing support for the day of the event!

Finally, this event could not have occurred were it not for the Golf Tournament Committee and volunteers who put in many hours of preparation.

We’re already planning for next year’s 13th Annual AMC Museum Foundation Golf Tournament. Please plan on joining us for a day of fun in 2017. See you next year! Fore!