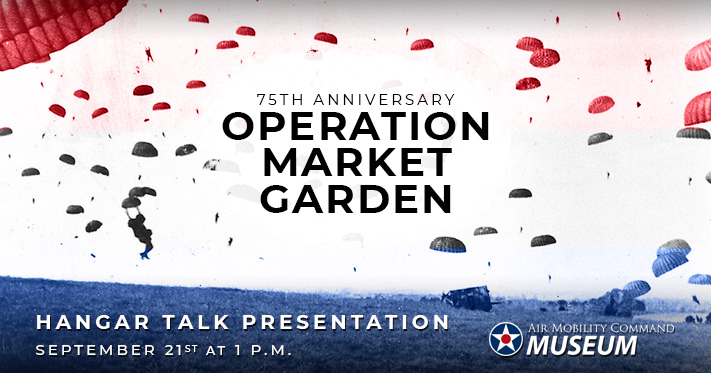 It was 75 years ago this September when Field Marshall Viscount Montgomery hatched one of World War II’s most daring operations, Operation Market Garden. At the time, the allies were desperate to find a way across the Rhine and into Germany’s Heartland. Three allied airborne divisions and one British Army Corps were given the task in what became history’s largest airborne operation; one in which the museum’s own C-47, Turf and Sport Special, participated in.

Join us on Saturday, September 21st at 1:00 p.m. as we explore and commemorate one of the most dramatic events of the war. Our 75th Anniversary Operation Market Garden Hangar talk will detail the planning and events that culminated in a bitter loss for the Allies. We will share the triumphs and failures; the people and machines and ultimately the impact of Operation Market Garden on the rest of the war. Presented by Dick Marks, Patrick O’Neill and Nick Saborio.