With almost 40,000 US troops stationed in Japan, the 11 March 2011 earthquake and tsunami is unique in that US forces and associated resources were located in close proximity to deal with the crisis. All services—Army, Navy, Marine Corps, and Air Force—are present in Japan in various capacities. In addition, US forces train regularly with their Japanese Self Defense Force (SDF) counterparts including many humanitarian assistance and disaster relief exercises.

With over 100,000 SDF troops called up to respond to the disaster, US forces were able to coordinate their efforts almost immediately to provide support for the Japanese responders. Within eight days of the earthquake, the SDF had deployed 106,200 personnel, 200 rotary aircraft and 322 fixed-wings, and 60 ships. Nearly all of the Maritime SDF ships had been transferred to the affected area, and forces from the southernmost to the farthest north territories had been mobilized. As of 19 March, the SDF had rescued 19,300 people and provided supplies on an ongoing basis to 30,000 displaced people in addition to supporting activities at the troubled nuclear reactors.

On 18 March, one week after the quake struck, US and Japanese forces began to transition from a search and rescue effort to a relief mission for the survivors. DOD officials reported that as of the morning of 22 March, 20 US naval ships, 140 aircraft, and 19,703 sailors and marines were involved in humanitarian assistance and disaster relief efforts in and around Japan, delivering 227 tons of relief supplies to date. US Army and Air Force units also delivered humanitarian supplies and provided other services as required. All search and rescue assets from Okinawa, the southernmost part of Japan, were first moved to Yokota Air base outside of Tokyo and then deployed to the north. Further details are in the sections on each branch’s operations below.

On March 21, 2011, Admiral Robert Willard, commander of the U.S. Pacific Command, visited the Defense Ministry for consultations with SDF Chief of Staff Ryoichi Oriki and other officers, reinforcing the commitment to coordinate relief efforts. 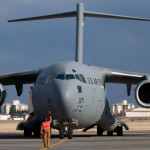 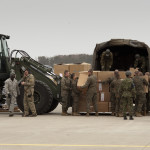 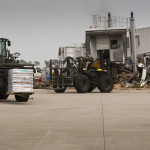 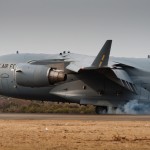 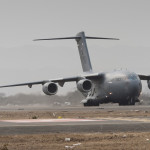 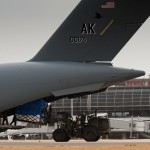 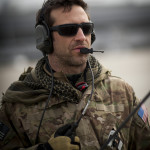 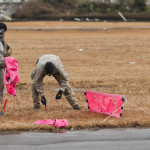 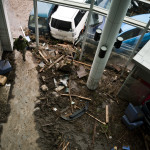 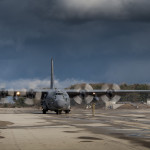