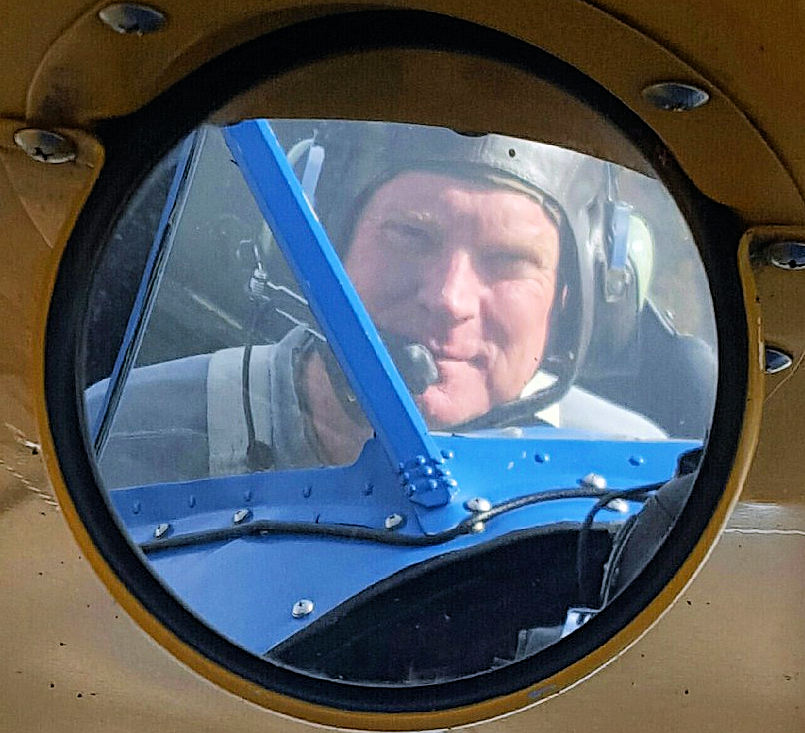 An Army brat, Don grew up in Kentucky and wanted to fly. After graduation from the US Air Force Academy in 1973, he spent most of his Air Force/AF Reserve military flying career at McGuire AFB, N.J. While “Flying with the RAM” (732 Military Airlift Squadron), he accumulated 12,500 hours in the C-141A/B Starlifter. In 2001, as 514th Deputy Commander for Operations, then-Lt Col Sloan was selected to become the commander of the 512th Operations Group, Dover AFB, Delaware – the pinnacle of his career. And he got to fly another 500 hours in the C-5A/B Galaxy until his 2006 retirement.

The newly-promoted Colonel Sloan was so impressed with the AMC Museum during his units’ promotion ceremonies, changes-of-commands and retirement ceremonies, that he become an AMC Museum Foundation Life member. He was voted to join the Board shortly afterwards and was elected as the Board President in 2008, a position he still holds.

Don began his general aviation flying in 1994, in his 1969 Piper Arrow. A couple thousand Arrow hours later, and about a year before retiring, he met World War II pilot retired U.S Air Force Maj. Bob Bean, who had a 1941 Stearman for sale. Bob also introduced Don to Massey Aerodrome, a local grassroots aviation airport. Don bought the open-cockpit biplane in December 2005 and began helping one of the Massey owners, Jim Douglass, with its restoration. He made the first flight in April 2007 with Major Bean as his first passenger. He also flies his 1947 Aeronca L-16 Grasshopper and 1975 Bellanca Citabria. While he has taken hundreds of old and new aviation enthusiasts up in his small fleet of planes, he has especially enjoyed flying with World War II veterans who began their military flying careers in Stearmans.

Don is a Life Member of the John H. Porter Jr., First-State Chapter of Tuskegee Airmen, Inc., a Kentucky Colonel, and a member of Chapter 240 Experimental Aircraft Association. He has been a member of Delaware’s USO Council since 2002. He has also braved the frigid north Atlantic waters at the annual Lewes Polar Bear Plunge for Special Olympics, Delaware every February since 2002. In 2018 he was honored to be inducted into the Delaware Aviation Hall of Fame.